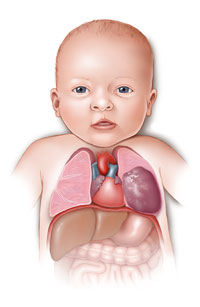 The first weeks of pregnancy – from the 4th to the 16th week – are a particularly difficult time for the foetus. Exposure to teratogenic agents such as certain drugs, alcohol, nicotine or X-rays can lead to malformations.

How common are birth defects of the respiratory system?

How do congenital malformations of the respiratory system manifest themselves?
The symptoms depend on the severity of the defect. The most severe congenital respiratory defects can lead to respiratory failure within the first few days of life. Some may remain asymptomatic for a long time and may be discovered accidentally.

Symptoms are closely related to the nature and location of the defect. In order to explain them, some of them are described together with their characteristics. 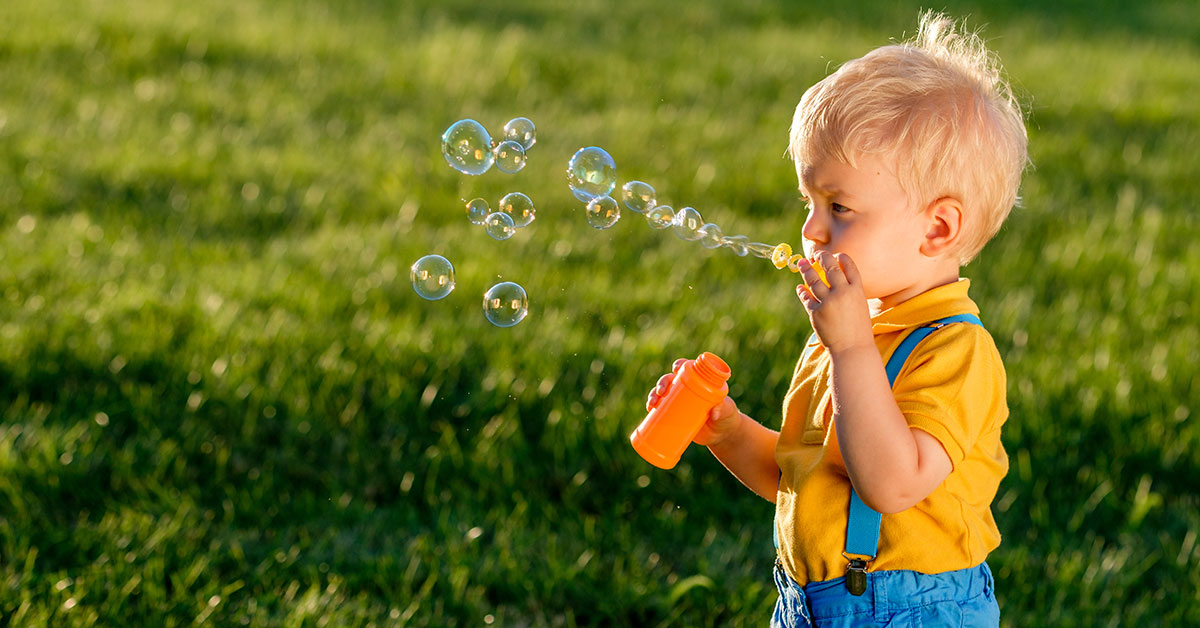 A bronchopulmonary cyst is a defect involving the presence of a cyst in the structure of the bronchial tree. A cyst is an oval or round structure, usually filled with fluid. It can be single or multiple. A cyst that has no outlet to the bronchus will enlarge over time. Depending on its size and location, the child will develop different symptoms. Large cysts compressing the bronchus and impairing its patency cause shortness of breath.

Small cysts may cause few symptoms, but they can also cause frequent respiratory infections. In any case, the contents of the cyst may become infected with bacteria and give symptoms of a severe infection with fever, cough and even expectoration of blood. Cysts are detected with a review chest X-ray and a chest CT scan. Successful treatment involves surgical removal of the cyst.

Congenital pulmonary adenomyomatosis – a large number of cysts develop within the lung parenchyma in a limited area (i.e. not the whole lung). The pathology usually affects one lung. The defect is often already diagnosed during pregnancy, before the baby is born. Symptoms in most cases occur early after birth. Features of respiratory failure, dyspnoea and cyanosis appear.

In some children with pulmonary adenomycosis with a small number of cysts, symptoms in the form of recurrent respiratory infections occur later. Pneumothorax and coughing up blood may be observed in some patients. If the diagnosis is not established prenatally, the defect is diagnosed at birth on the basis of a chest X-ray or, in doubtful cases, on computed tomography. The treatment is surgical removal of the affected part of the lung.