Chromosome 13 trisomy, or Patau syndrome, is one of the most serious genetic diseases, which in most cases leads to the death of the foetus while still in the womb or very shortly after birth. Only a small percentage of patients survive a few years of life. In this article you will find out: – what is Patau syndrome? – What do the terms „chromosome trisomy” and „trisomy 13” mean? – how the disease is diagnosed and what its course is – what are the risk factors for Patau Syndrome – what is the prognosis with a diagnosis of the Syndrome.

PATAU SYNDROME – WHAT IS IT?

Patau syndrome is one of the rarest, but also the most severe form of trisomy that occurs in live-born babies. It involves the presence of a third, or excess, copy of chromosome 13 in every cell of the fetus and baby’s body.

Like any disease syndrome, it is distinguished by specific features of appearance and developmental defects, but unlike, for example, Turner syndrome, which does not preclude leading a relatively comfortable life, patients with Patau syndrome rarely live into their teenage years, or even a few years.

Statistics show that girls are slightly more often affected, but this may be due to the fact that male foetuses with Patau syndrome are more likely to die while still in the womb – and are therefore not counted in the statistics of live-born children.

WHAT EXACTLY IS TRISOMY AND TRISOMY 13?

Trisomy is a condition where there is an extra chromosome of a particular pair. Human DNA is made up of even numbered chromosomes (genetic material from the father and mother). When an 'extra’ chromosome appears in one of the pairs it has serious consequences for the health of the body, such as in the case of trisomy 18 (Edwards Syndrome), or can even lead to death while still in the mother’s womb, as is the case with Patau Syndrome. 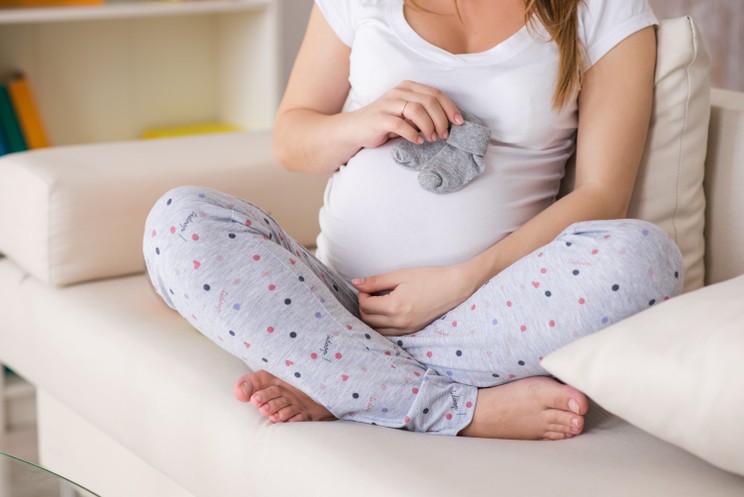 Trisomy 13, or Patau Syndrome as it is referred to, develops either as a result of a spontaneous duplication of chromosome 13, or a so-called Robertsonian translocation, where an extra chromosome 13 is attached to another pair of chromosomes. Cases of mosaicism – the presence of the excess chromosome 13 only in specific cells of the body – have also been found. In this case, the disease tends to be less severe, but still has a very negative prognosis.

Patau syndrome is usually only definitively diagnosed after the birth of the baby, following a visual and neurological examination. This does not mean, however, that modern medicine does not have the opportunity to check during pregnancy whether the fetus is genetically affected.

In the vast majority of cases, genetic abnormalities, including the syndrome in question, can already be detected in the first routine tests of the first trimester of pregnancy. This is the so-called PAPPA test and ultrasound examination of the nuchal translucency. How the pregnancy is managed further depends on the stage at which Patau syndrome was detected.

Sometimes, however, prenatal tests do not reveal abnormalities and the suspicion of Patau syndrome only arises after birth. In this case, cytogenetic tests must be carried out. At this point, it is known that the most affected systems in children with Patau syndrome are the circulatory and neurological systems. Therefore, when diagnosing this disease in a newborn, ECHO of the heart, CT scan and MRI are also performed.

PATAU SYNDROME – KEY SYMPTOMS IN PREGNANCY AND AFTER BIRTH

The course of pregnancy with Patau syndrome is not special in any way – at least in the first few months. If the fetal defects are significant, spontaneous miscarriage is most common. How this happens depends on the stage of the pregnancy at which the fetal death occurred.

The key signs of Patau syndrome found after birth are:

In 4/5 cases, severe heart defects such as ventricular septal defect, displacement of the heart to the right side of the chest are observed. Patau syndrome is often accompanied by lack of complete division of the brain into the right and left hemisphere, which results in lethal (fatal) neurological disorders.