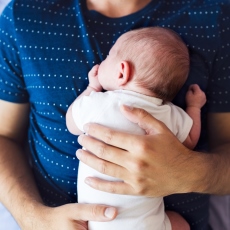 Are there several hundred, or perhaps several thousand? In fact, it is difficult to say, because doctors diagnose new ones from time to time. Genes are still not fully researched, and it is precisely these genes and their unfavourable mutations that lead to serious developmental defects, also known as lethal defects. These should not be confused with malformations in general, such as an extra finger on a child’s hand or foot. Pregnancies have never been terminated in Poland because of the latter, by law.

Lethal defects in foetuses and newborns palliative care as an alternative to eugenic abortion, eugenic infanticide and persistent therapy.

Developmental disorders belonging to the third category may or may not be lethal per se; however, in all three situations, the defect directly or indirectly leads to fetal death, i.e. it proves to be lethal.

Therefore, lethal defects, the diagnosis of which until recently could provide grounds for legal abortion, are the most serious developmental defects. In the vast majority of cases, these defects lead to the death of the foetus and, as a consequence, to miscarriage or stillbirth. However, a child with lethal defects is sometimes born alive, although with a death sentence. This usually occurs in infancy.

Edwards, Patau and many others

This is the case, for example, with Edwards’ syndrome, which is caused by trisomy of chromosome 18. Fetuses and children affected by this group of defects have deformed skulls, no eyes or only one eye, too many fingers, arthiesis, i.e. an overgrown oesophagus or cleft palate, heart defects, kidney defects, are intellectually disabled and suffer from skeletal anomalies. In 95 per cent of cases, Edwards leads to miscarriage.

Only half of the babies born with the syndrome survive seven days. Every hundredth of those born will live to see their tenth birthday, and only a few will manage to grow up, although this adulthood will only be formal.

But even this formality does not stand a chance for children with Patau, a syndrome caused by trisomy of chromosome 13. 70% of live-born babies with Patau die within the first 6 months of life, another 10% before they reach a year. Few live to see their so-called late childhood. 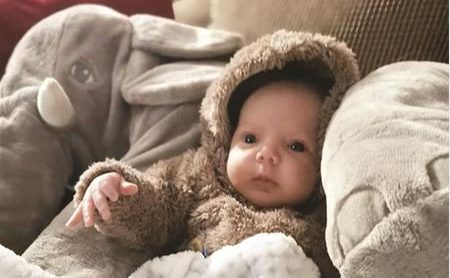 Heart more visible than on your hand

This can really happen with certain cardiovascular malformations. The heart, the whole organ, is then outside the chest, on top, hanging – as Paulina Lopatniuk, a doctor and author of the blog „Pathologists on the Cage”, once described it – „on the vascular pedicle, for example, through a hole in the sternum”. Sometimes the heart can also be found on the neck. This is known as cardiac ectopy.

Children with lethal defects sometimes don’t have what other, healthy children have, and sometimes they have something extra. Like, for example, a mermaid’s tail. The one that develops in fetuses and babies with mermaid syndrome or syrenomelia.

Here too, as with Edwards or Patau, most foetuses die while still in the womb or shortly after birth. Mermaid’s tail means fused leg knots, but not only. Mermaid’s tail also means a severely deformed pelvis, undeveloped kidneys, undeveloped urinary bladder or digestive tract, or an overgrown anus. Only the lightest cases – so few that until now there have been maybe a few in the whole world – can be operated on, in the most severe cases even the best surgeon will not be able to separate the „tail”, which is in fact one femur.